A strong pension system – for you and the next generation

Those of you working and declaring income in Sweden are also investing in your future pension.

Pensioners: (individuals who are retired) The income pension system is pay-as-you-go, meaning that paid-in contributions are used to finance current pension disbursements.

AP Funds: (First – Fourth AP Funds) If pension disbursements exceed pension contributions, a withdrawal is made from this buffer, meaning the buffer funds. The mission of the AP Funds is to create long-term returns to be used in the event of deficits in the pension system.

Pension system: The current system has worked since 2001. Deficits occur when large numbers of people enter retirement, which has been the case since 2009, and forecasts indicate substantial deficits until 2040. Read more about the system on the website of The Pensions Agency.

Benefit of AP Funds’ asset management: The AP Funds are committed to managing and protecting the buffer capital for a stronger pension system by creating the stability necessary to ensure pension disbursements.

Building a strong pension system together

AP3 is tasked with managing the buffer capital to generate maximum benefit for the state income pension system and since its inception in 2001, AP3 has contributed to the system’s long-term stability by ensuring a strong performance of the Fund’s assets. The buffer capital currently comprises a full 15% of the pension system’s assets and is used when the annual contributions to the system fall short of disbursements. The system comes under pressure when large numbers of people enter retirement and is currently projected to run substantial deficits until 2040. Here, the AP funds have a key role to play in delivering strong long-term returns on their capital buffer. This is the ultimate responsibility of the funds – to strengthen and protect pension disbursements.

Read more on the website of the Pensions Agency about the status of your own pension forecast (in Swedish).

Key developments in the pension system

1974: A fourth fund board is established to invest in equities.

1984: Pension Commission appointed to evaluate the pension system. Five employee funds are launched as part of the AP fund system.

2001: Legislation is passed to reform the AP funds. The current AP funds are established via a transfer of SEK 554 billion to their predecessors. The funds share the capital equally and are given the same mission and investment rules. They are allowed to invest globally and increase their exposure to equities. Together the funds account for 10% of pension system assets and have a fund strength of 3.9 years.

2013: The combined assets of the AP funds exceed SEK 1,000 billion. Fund strength is 4.2 years and the funds’ capital corresponds to 13% of pension system assets.

2016: The proposal on reformation of the AP-funds is put aside. 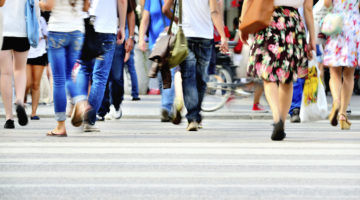 The Funds most important mission 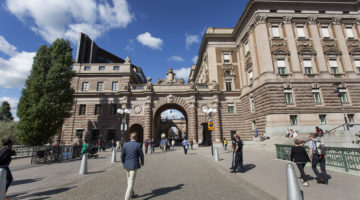