AP3 is a state pension fund that differs from other government agencies in its autonomy from central government.

The Fund’s operations are almost entirely prescribed by statute and the government has waived its regulatory oversight. The Funds create favourable means for successful asset management by constantly remaining focused on the target. AP3 achieves this through a commitment to the pension system in the form of clear return targets set on the basis of the mission stipulated in the Public Pension Funds (AP Funds) Act (2000:192).

The board of directors has full and collective responsibility for AP3’s administration, within the parameters set by Parliament, and for the management of its assets. Board responsibilities and activities not prescribed by statute are set out in the board’s work plan, which is approved annually by the directors. 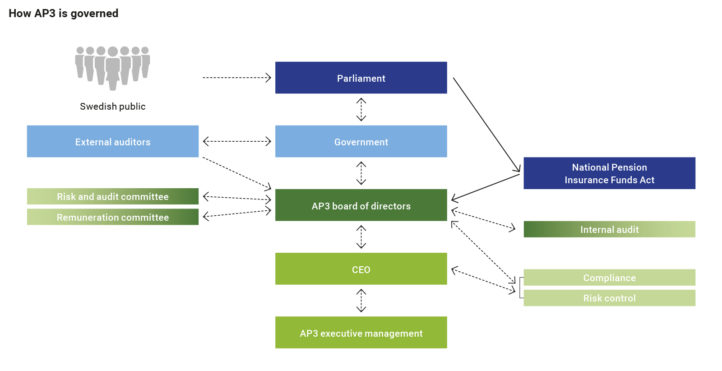