The Ethical Council of Sweden’s First-Fourth AP Funds has today presented its first annual report. In connection with this, the Ethical Council has published the names of the companies with which it is currently engaged in dialogue.

“This dialogue is the Ethical Council’s most important tool for encouraging companies to act responsibly. Our discussions are aimed not only at pressuring the companies in question to address documented violations. As long-term investors we also want to see them implement preventative systems to avoid similar violations in the future”, says Carl Rosén, Chairman of the Ethical Council.

The infringements of conventions identified by the Ethical Council are often indications that a company has not acknowledged its responsibility for incidents or taken an adequately proactive approach to environmental and social issues.

Pursuing a process of this type demands both discipline and a large portion of patience. Although the Ethical Council prefers to see continuous progress, there is an awareness that it can take time to achieve results. It is therefore a particularly satisfying that already during the Ethical Council’s first year, one of the targeted companies has taken the necessary action and subsequently been removed from the list.

“We are convinced that when companies take their responsibility and make these issues an integral part of their day-to-day business, they are a better investment for us and ultimately also for Sweden’s pensioners”, says Carl Rosén.

About the Ethical Council
The First to Fourth AP Funds (AP1-AP4) are buffer funds in the Swedish national pension system. The four competing funds have a common mission: to invest Sweden’s pension capital so as to achieve the greatest possible benefit for the pension system and generate high long-term returns with a low level of risk. In doing so, the Funds must take ethical and environmental consideration without compromising the overall objective of attaining a high return.

At the beginning of 2007 the Ethical Council was formed to coordinate SRI analysis of environmental and ethical compliance in the foreign companies where the funds have holdings. The purpose of the Ethical Council is to combine the four funds’ resources and votes for greater leverage in influencing the foreign companies in which they invest to conduct their operations without violating the international conventions signed by the Swedish government. 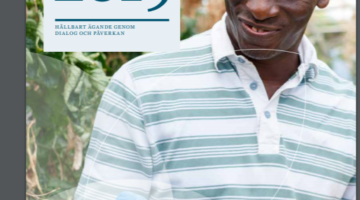 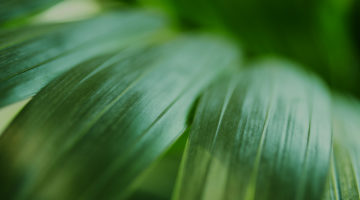 An internal reorganization within AP3 has taken place

In November 2019 AP3 recruited a new Chief Investment Officer (CIO) and started the process of a comprehensive review of the Fund’s portfolio structure and organisation. Such […]